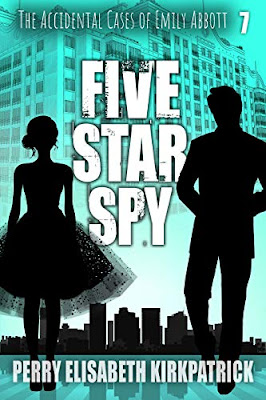 Synopsis:
Friends don't let friends fail their mission...Brent Peterson is back in town after chasing operatives of the group known as The 10,000-- and he's much worse for wear.Emily is delighted to see him, but she's worried: Agent Nighthawk never fails at a mission, but if she doesn't help him he just might fail this one and let a mysterious 10,000 criminal slip through his fingers.Not to mention worsen the barely-healed gunshot wound in his shoulder...
(From Amazon)
My Review:
⭐⭐⭐⭐⭐ & ❤︎❤︎❤︎❤︎❤︎❤︎❤︎

5+ stars & 7/10 hearts. I just reread all of season one before reading this book, and I can confidently state that this is my favourite Emily Abbott book so far. Emily was an AMAZING spy. And I couldn’t help liking Donati a lot. XP Their relationship was hilarious. I laughed aloud so often at Emma Marks. XD Also I love Brent & Emily’s relationship in here. And I was so happy at her father’s cameo appearance—hope he shows up again. I really want them reconciled!! And finally, the excitement wasn’t missing from this book either. 5 shining stars to Emily. :D

“[Derrick] was rummaging through ... another work table. After a moment, he triumphantly retrieved a black radio. Keying the mic, he said in an undertone, ‘This is Wardrobe to Infirmary and whoever else is looking for him: Agent Nighthawk is in here.’“The radio squawked after a moment. ‘Thank you, Derrick. We'll come fetch him.’“‘Brent? Did you break out of the infirmary?’ Emily asked[.] ‘You're supposed to be resting that shoulder.’“‘I'm feeling fine. Just the teensiest bit sore.’ He held his thumb and index finger together by way of illustration. ‘I got stitches! Do you want to see them?’“‘Not particularly,’ Emily said quickly[.]”
*I received a complimentary copy of this book from the author for promotional purposes. I was not required to write a positive review. These are my honest thoughts and opinions.*

Get this book:
America | Canada
Add on Goodreads
at January 16, 2021 No comments: 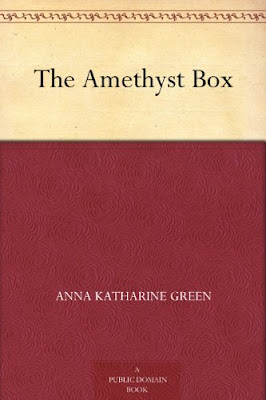 Synopsis:
On the evening before his marriage, Sinclair loses a precious curiosity from his collection: an amethyst box, containing a tiny flask of deadly poison. He suspects that this poison is in the possession of either his betrothed or her cousin. Sinclair and his friend, Worthington, try to recover the box before the poison can be administered...
(From Amazon)
My Review:
⭐⭐⭐⭐ & ❤︎❤︎❤︎❤︎
4 stars & 4/10 hearts. I really liked Sinclair & Worthington, as well as Geraldine & Dorothy. This book twisted and turned, threw up theories and then buried them, went back and forth between culprits. It mentioned suicide and murder; but it was more fascinating than worrying, although I was desperately hoping that neither girls had been so wicked. It turned out pretty good!
This book also contains the story “The House in the Mist”--2 stars. I love love love Hugh, and I love Eunice (although I’m sad to learn what she did...) but the rest of the book was weird and creepy and... ehhh. It mentions murder over and over and it ends with the murder of almost all of a man’s siblings. There’s also a woman who has a baby born out of wedlock. It’s a story of treachery and cruelty and wickedness and I didn’t like it.
It also contained “The Caldron & The Ruby,” which is kind of a sad, sweet story and which I really enjoyed. <3A Favourite Quote: “‘Words can be said in a moment that will not be forgotten in years.’”A Favourite Humorous Quote: “‘You will have an easier task than I,’ was my half-sullen retort. ‘If Dorothy perceives that I wish to approach her she has but to lift her eyes to any of the half-dozen fellows here, and the thing becomes impossible.’”
Download this book.
Add on Goodreads.
at January 14, 2021 No comments:

(The Tales of Taelis, Short Story #1)
by Sarah Holman 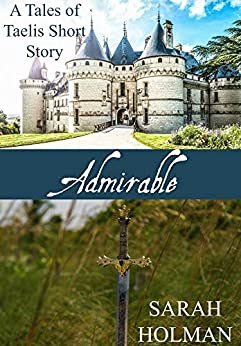 5+ stars & 7/10 hearts. I love this little short story so much!! William is simply amazing. I love him and his dependability, & courage, & honour, & loving care, & faith. He’s just one of my top 5 favourite characters ever. <33 There were some typos, punctuation mistakes, & too-modern language, but the story was amazing, and the setting was pretty well done. I loved the lessons of the story too—let go and trust God. And I loved the brother-sister relationship!! (Eleanor is so cute & Will is so sweet to her!) And the cover!! <3 Gorgeous!! This is definitely a book I recommend and I can't wait to learn more about William in “Adventures & Adversities” and the rest of this series!!A Favourite Quote: “God would be his strength no matter what happened. He would be like his favorite character in the Bible, ... Joseph. He would do his best and leave the rest up to God. Men might mean this for evil, but God would use for His good.”A Favourite Humourous Quote: “[T]he soldier rolled his eyes. ‘If it isn’t enough that I am fighting a child, I must fight one that is a philosopher.[’]”

Get this book:
America | Canada
Add on Goodreads
at January 12, 2021 No comments:

“The Case of the Invisible Thief” by Perry Elisabeth Kirkpatrick

The Case of the Invisible Thief 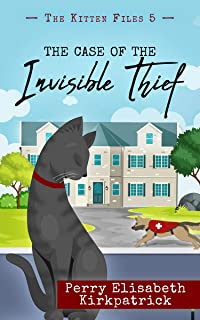 Synopsis:
Meowing is obsolete. This cat can write... and solve mysteries!Since Mia’s return, she’s been waiting for her next case to solve with Keith. Miss Thornblood approaches them with a baffling one. One of her neighbors, a wealthy blind man who lives alone, believes someone is taking things from his house. The police are unconvinced.Keith takes on the case, hoping the man’s seeing-eye dog will be able to shed some light on the situation if interviewed by Mia. But the dog is strangely fuzzy on the details, so if the case is going to be solved, Mia will need to put her nose to the ground and sniff it out herself!

My Review:
⭐⭐⭐⭐⭐ &  ❤︎❤︎❤︎❤︎❤︎
4.5 stars & 5/10 hearts. Now this was a fun book. Bob & Mia were hilarious! I also loved how sarcastic Mia was about Keith being so slow. I really love Keith. XP The mystery really was well done and I loved the twist of having a blind man!A Favourite Humorous Quote: “‘Keith, my music room was full of large, hairy—somethings!’“For some reason I pictured wooly mammoths everywhere, but then I batted the idea away. It would have been hard for his music room to house something that big, much less that extinct.”

“A Sister's Burdens” by Angie Thompson 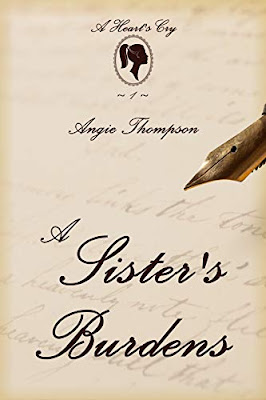 Synopsis:
"Dearest Paul... do tell me what I should do!"With her adored older brother away in the West, Lucy is hovering on the brink of despair. How can she ever stay cheerful and good without Paul's help and guidance?Paul knows the answer to his sister's troubles, but convincing her is another matter. When their letters prove too slow to prevent calamity, can he lead her to his own source of help?A short story
(From Amazon)
My Review:
⭐⭐⭐⭐⭐ & ❤︎❤︎❤︎❤︎❤︎
4.5 stars & 5/10 hearts. This is a sweet story that I loved immediately. It had a quaint, old-fashioned flavour and the letters let drop enough for you to understand the backstory without having to be info-dumped. Paul was a dear, and I loved his gentle pointing to Christ. And Lucy was sweet. The message of this book is beautiful, and once again, Angie Thompson has proved herself an author to read and love.A Favourite Quote: “No need to write Ned; I promise not to fret over you, as I can bring your troubles straight to the One to Whom I give my own.”A Favourite Humorous Quote: “How could you think yourself justified in accusing a boy of stealing on account of a scar on his face and his sister’s hat? I certainly hope Mr. Morgan is more clear-headed about the matter than you seem to be!”*I received a copy of this book from the author but I was not required to write a positive review. These are my honest opinions.*

“The Coral Island” by R.M. Ballantyne

The Coral Island:
A Tale of the Pacific Ocean
by R.M. Ballantyne 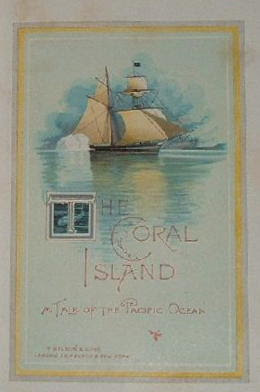 Synopsis:
Fifteen-year-old Ralph, mischievous young Peterkin and clever, brave Jack are shipwrecked on a coral reef with only a telescope and a broken pocketknife between them. At first the island seems a paradise, with its plentiful foods and wealth of natural wonders. But then a party of cannibals arrives, and after that a pirate ship... what is to become of them?
(From Goodreads)
My Review:
⭐⭐⭐⭐ & ❤︎❤︎❤︎❤︎
4 stars & 4/10 hearts. I enjoyed this story because of the characters. I loved Jack, and Peterkin was a hoot. Their banter was perfect. I also really liked Ralph. I think this must have been one of Ballantyne’s earlier works because it’s somewhat different than the other books I’ve read by him. The only thing I disagreed with was the boys stripping to swim. I loved how the Gospel was clear (though I wasn’t sure if Jack, Peterkin, & Ralph were saved or not) and how it’s work among the South Sea Islanders was shown... and how there was absolutely no discrimination (at least, that I can remember) against the natives/black missionary—not even the stereotypical language for black people. That was so refreshing. The story was exciting right up to the very end and I was quite unsure how it would end!A Favourite Quote: “‘Ralph, my dearest child, always remember in the hour of danger to look to your Lord and Saviour Jesus Christ.  He alone is both able and willing to save your body and your soul.’”A Favourite Beautiful Quote: “This huge, ceaseless breaker ... was a much larger and more sublime object than we had at all imagined it to be.... Slowly and majestically it came on, acquiring greater volume and velocity as it advanced, until it assumed the form of a clear watery arch, which sparkled in the bright sun.  On it came with resistless and solemn majesty,—the upper edge lipped gently over, and it fell with a roar that seemed as though the heart of Ocean were broken in the crash of tumultuous water[.]”A Favourite Humorous Quote: “‘The fact is, I’m quite tired of throwing stones at the birds.  I began the very day we landed, I think, and have persevered up to the present time, but I’ve never hit anything yet.’“‘You forget,’ said I, ‘you hit me one day on the shin.’“‘Ah, true,’ replied Peterkin, ‘and a precious shindy you kicked up in consequence.  But you were at least four yards away from the impudent paroquet I aimed at; so you see what a horribly bad shot I am.’”

“Which Shall I Take?” by Isabella Alden

Which Shall I Take?
by Isabella Alden 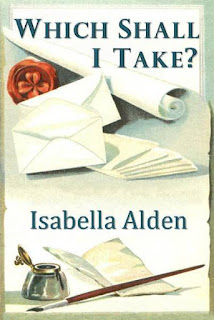 Synopsis:
It is more blessed to give than to receive.
Everyone who knows Miss Carrie Benham thinks she is a bright and sweet-natured, but in her heart, Carrie’s spirit may not be as giving as people think.
So her older brother Ford devises a plan that forces Carrie to choose between bringing pleasure to herself or pleasure to others. Which will Carrie choose?
(from IsabellaAlden.com)

A Favourite Quote: “‘There is so much character in Carrie’s face,’ her friends said. And strangers looking at her were apt to remark that it was an unusual face for one so young. People who knew her real well knew that it was the sweetness of the soul within which shone out and attracted, rather than the brownness of her eyes, or the clearness of her skin.” 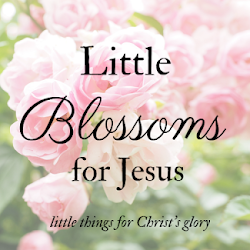 Keep Up With My Reviews

Have my Reviews Come Straight to Your Inbox!